At yesterday’s Google event, they showed off their first Google Watch and updated their Pixel phones. Their Pro model camera now offers stunning zoom levels far ahead of the zoom levels available on the iPhone 14 Pro.

With their clear lead in camera zoom technology on the iPhone 14 Pro, Brian Rakowski, Google’s VP of Product Management, decided to play this while taking a number of indirect cracks at Apple stating that “Pixel has always been a leader in smartphone innovation. We take it as a compliment when other industry players follow our lead, such as always-on display and At-a-Glance, putting useful information right on your lock screen. Rakowski added, “We introduced car crash detection three years ago, along with other important ways to keep you safe, like Security Check and emergency sharing. It’s an incredible track record of pioneering features that were first on Pixel.”

Still, Rakowski thought “Pixel Feature Drops” with 5 years of updates was something to brag about, when Apple has always provided iOS updates to older iPhones. For Google Watch, they claimed “Fall Detection” was in development, another feature Apple has had for years. 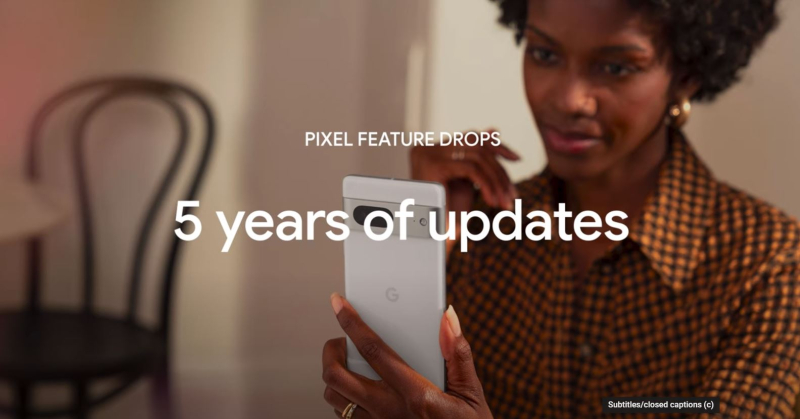 Face ID on the iPhone still can’t be matched to Google’s Pixel phones. It has been reported in Reuters yesterday: “The functionality of the new Pixel 7 is not as good as Apple Inc’s Face ID unlock mechanism, as it can struggle in low light conditions and is more vulnerable to spoofing Additionally, Google said it’s not secure enough to allow signing into apps or making payments.”

Rakowski obviously felt that his Pixel Phone team needed a confidence boost and wanted Pixel fans to rejoice because the switch from Pixel phones to the iPhone continues at breakneck speed. Their hypocritical stance on privacy is a big deal. Yesterday, Jen Fitzpatrick, Google’s SVP for Core Systems and Experiences, highlighted Google’s new security features and commitment to privacy. However, at the same time in the news, Google fined $85 million by Arizona for unlawfully collecting user data. Other states like Texas, Washington DC and Indiana have filed similar lawsuits. How seriously do you take their stance on privacy with news like the one released on the same day as the Google event? Apple has been the undisputed champion on the privacy issue, leaving Google in the dust.

Today, Counterpoint published a report in which they illustrated Google Pixel phone user change patterns in the United States in the second quarter of 2022. The Counterpoint report states that with the new Pixel 7, “Google wants to stop or at least stem the slow but steady tide of Android to iOS migration. But while it’s attracting some iOS users to try out the device, more are turning to Apple, as seen in our US activation tracker below. This model is for many Android OEMs. So, Rakowski hyped up the Pixel’s innovation to appease Android OEMs. 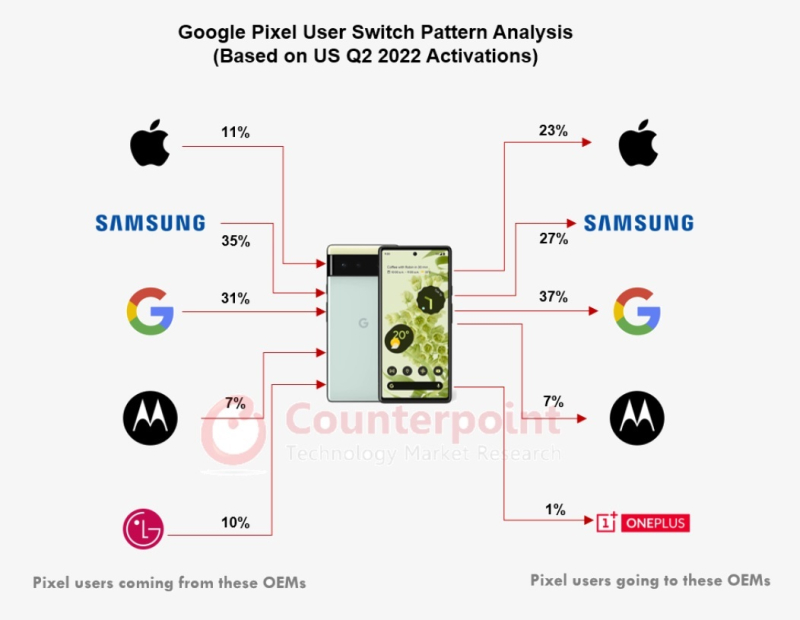 During Apple’s last financial conference call in July, Cook said: “We set a June quarter record for iPhone revenue and migrations. With its advanced performance, capacity and ease of use, customers continue to find that the iPhone remains the benchmark for smartphones.” Switcher’s stats are the best testimony Apple can use against its competitors and that drives those like Rakowski crazy.

Until Google can stop fans of their Pixel smartphones from switching to iPhones, doing cheap swipes at Apple doesn’t do much for their image. Adding winning features like their new camera zoom is the way to start stopping the bleeding and they should stick to that script.